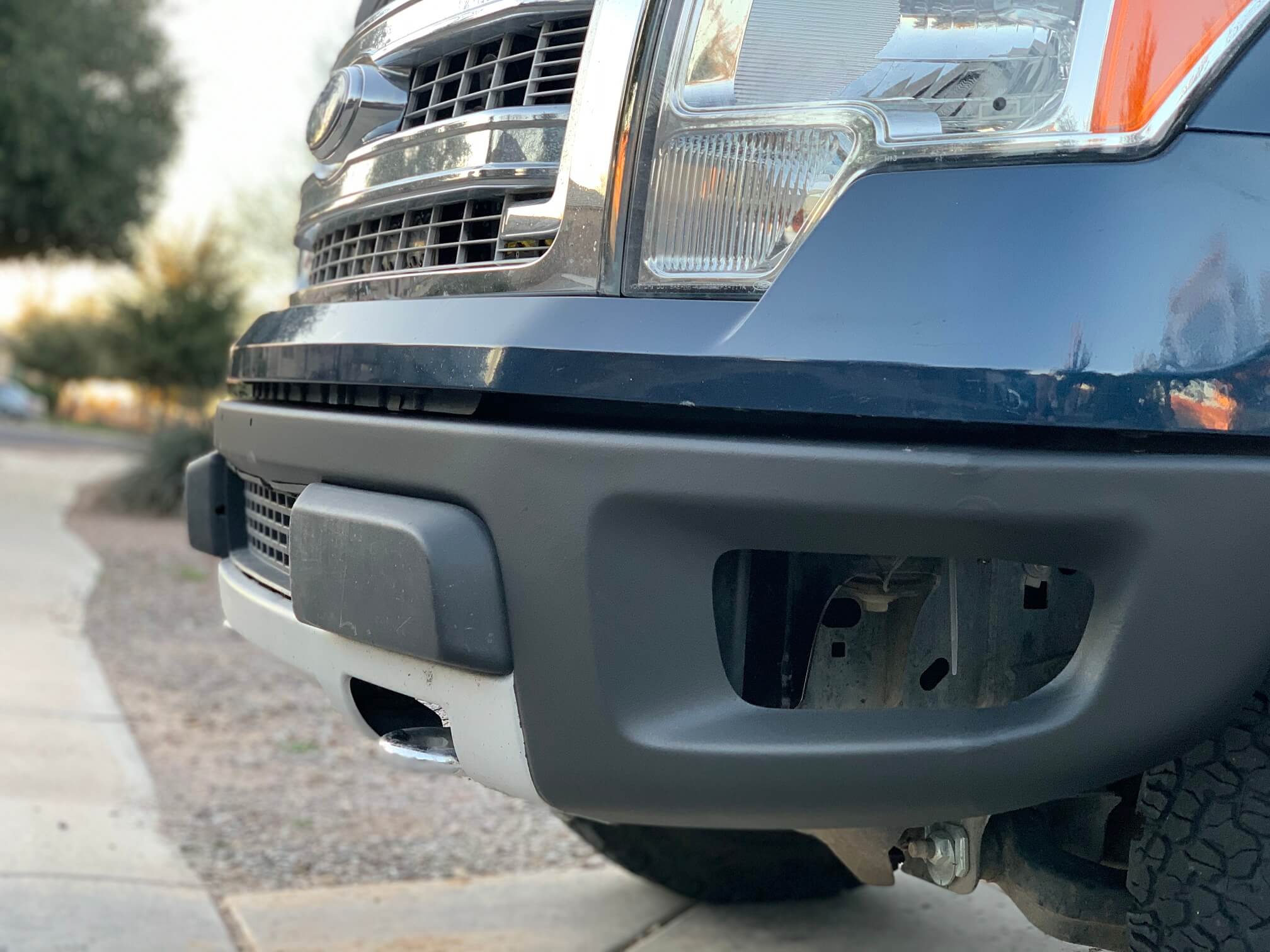 We were lucky to score an OEM bumper off of a Gen 1 Raptor, and figured it would be a great way to eliminate some of the rubbing we had on our 2014 F150 with the 35in tires. Yes, you need to cut and weld the Raptor bumper to fit it on your F150, but it really isn’t that hard if you have the tools. You don’t need anything else other than the bed liner we used (we tried the Rustoleum Truck Bed Pro Grade on the bumper and were really happy with the relatively smooth matte finish which has been durable enough to take a beating off-road)

First thing first… the raptor is obviously wider, but the mounting points bolt right up. So put it on, and take a look at your canvas.

How much wider is the Ford Raptor bumper than then F150? 4 inches. The Raptor bumper is 4 inches per side wider than the standard F150, so this is what we’ll be working on.

Another thing to note, is that the Raptor has a slightly different contour than the F150. We deemed this a minor deviation and didn’t really worry about it.

We sketched up a few lines that we thought would be helpful, disregard the diagonal one, it ended up being unused, however, the perpendicular one is what you;ll need to use for one of the cuts, it basically continues right from the vertical tab edge.

You will want to make an angled cut at 20°, feel free to adjust your cut as you feel looks best though.

The bumper bends really easily once the cuts are made, so just give it a push to where you feel it looks best.

Another view of the bent raptor bumper ends… you’ll want to massage the bottom a bit to make the faces line up. Once it looks good, just pull the trigger on the welder and go for it!

Once everything is welded up, grind the front face smooth, and get everything ready for paint. As mentioned before, the Rustoleum Truck Bed Pro Grade was really good for painting the bumper. Just follow the instructions on the can, and the result is awesome.

There you have it! Our 2014 F150 with a genuine OEM Ford Raptor bumper installed! Hope this helps!