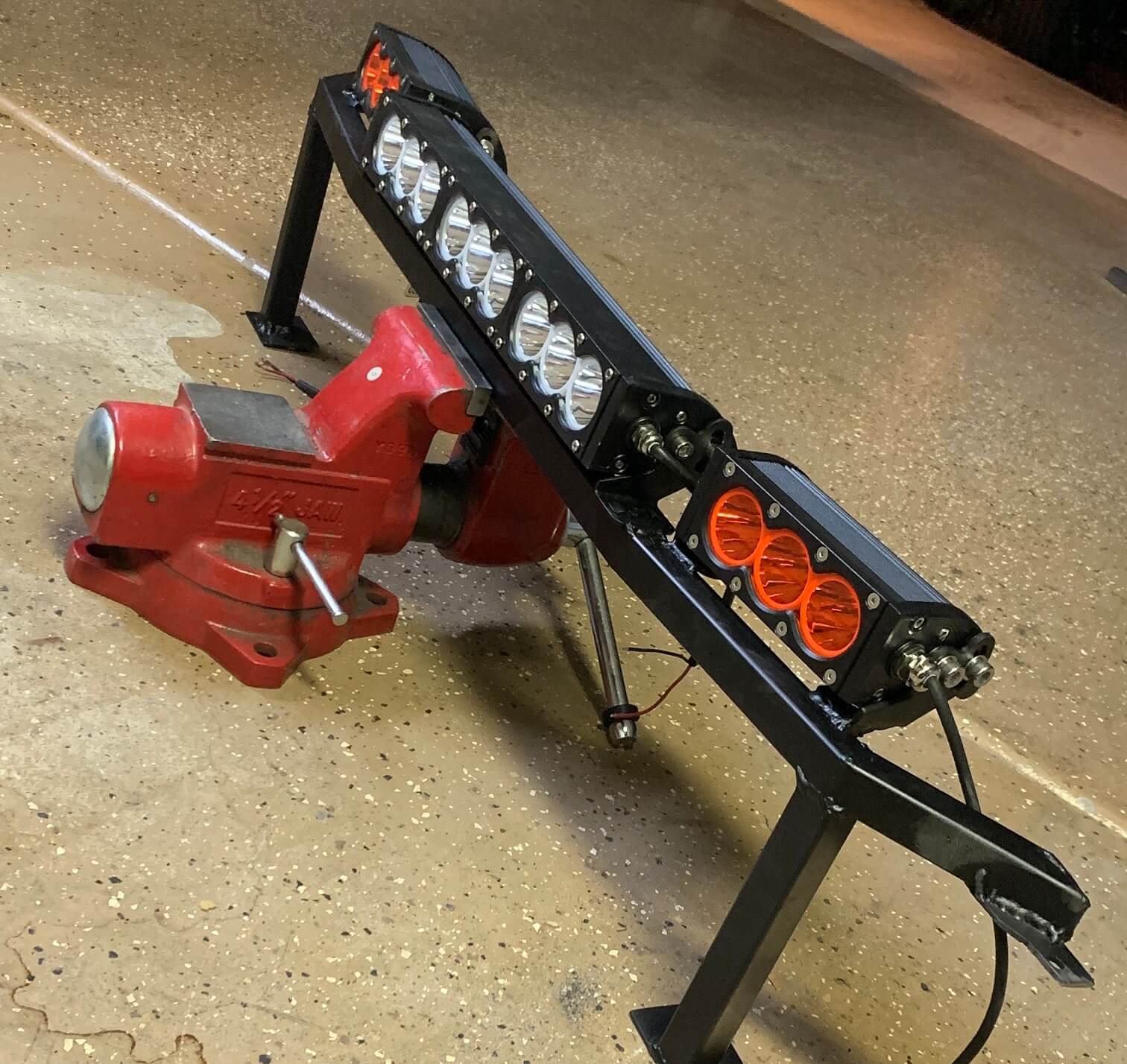 The way we see it, there are two purposes for off-road lights: to see, and to be seen. Doing more desert trips with other vehicles we wanted to be sure to have some amber LED’s at the front and back, as well as some while LED’s for the front. A key criteria for us was that the light bar was hidden, partially to be more protected from the five-finger-discount, and also for practical aerodynamic reasons as described in LED Light Bar Aerodynamics.

The way that the 2014 F150 grill is designed, there is a perfect sized opening in the mesh to have some lights behind it. Check out the second half of this project in the F150 DIY Aux Upfitter Switches article.

The design approach for the LED bar mount was to notch some 1 inch square tubing so that it could be bent and welded. All of the mounting was to be based on existing factory bolts. Vertical and horizontal support planes will ensure that the lights are mounted rigidly and do not rattle around on rougher trails.