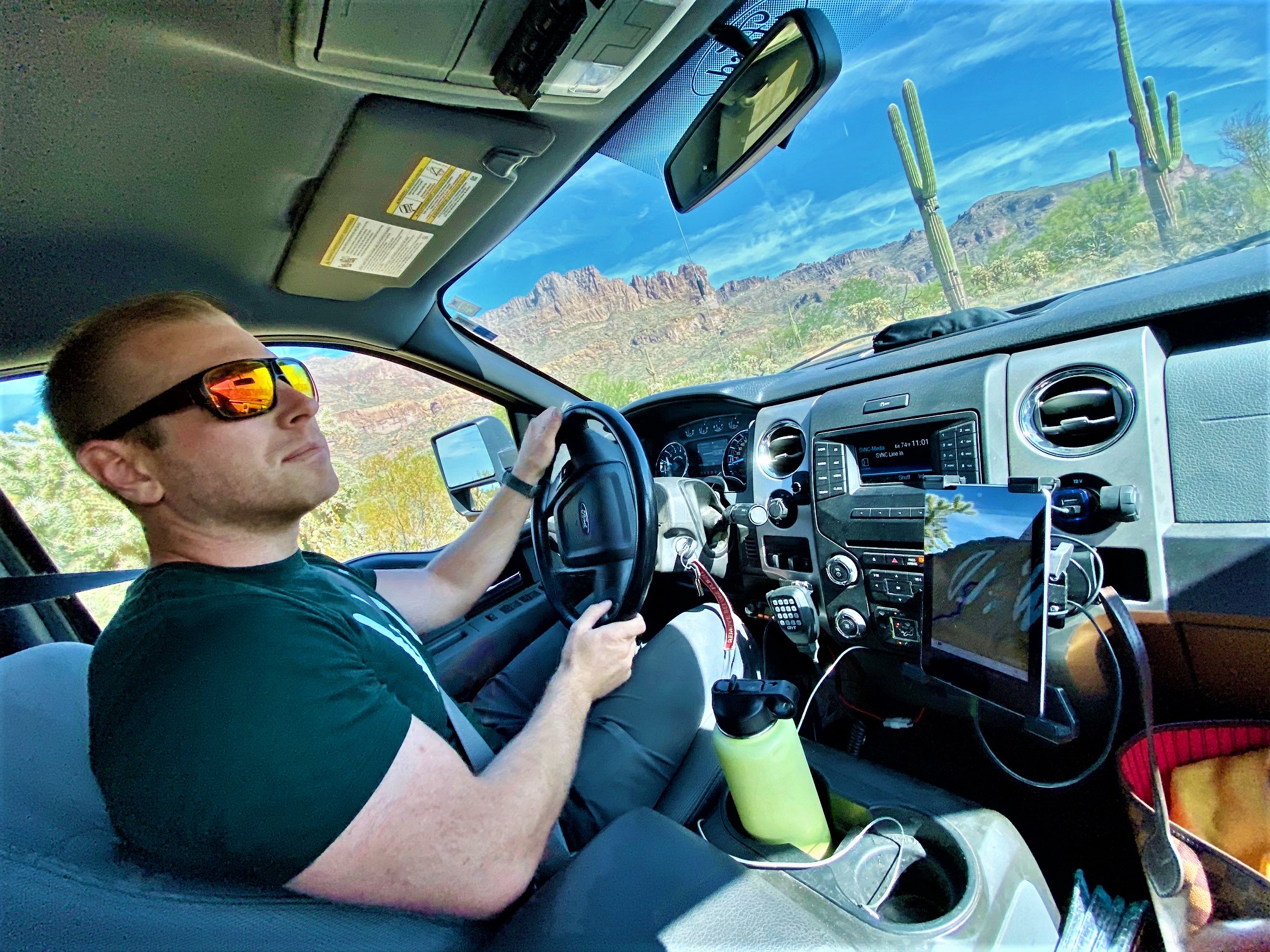 As we started getting more and more into off-roading and camping, one of the first big challenges we started facing was simply figuring out where to go. Sounds easy, but not… All the well known easy access places are busy, and privacy is hard to come by. I personally dislike established campgrounds for the same reasons (even though national parks don’t leave you much choice).

That has been the golden ticket for us. Always check the rules with your local National Forest Service, but in general around the southwest region of the US, they allow off-roading and dispersed camping! Don’t damage or disturb the vegitation/wildlife, and leave the area in better condition than you found it.

Ok… so that helps you narrow down to certain areas, which is a big step, because the last thing we want is to find ourselves on private property or restricted use land without proper permits.

Once we have a general area picked out, we use a combination of Google Maps and the Gaia GPS app. You can use Gaia for free, but I just paid the $36 (on sale) annual membership fee because I really think having access to offline maps is critical. From there, we simply use the combination of NeoTreks Land Use and Satellite with Labels map layers. Another very useful one is the MVUM (USFS) map, which stands for motor vehicle use map, and has most forest roads and trails plotted with a legend showing their status/restrictions.

And yes, it is that simple… most of the trips we’ve done so far have been a result of time spent exploring Google Maps, and then plotting the route in Gaia GPS on the desktop, which syncs with the phone and tablet.

Key step: download maps for offline use at home, or somewhere with wifi, these are large file sizes and will often not download using cellular data.

Initially, we just had Gaia GPS on our iPhones, which worked out just fine, but recently we dug up an old 2012 Nexus 7 tablet, and started using that as a dedicated GPS tool in the truck (it is too old and slow to do anything else, but works just fine for this)