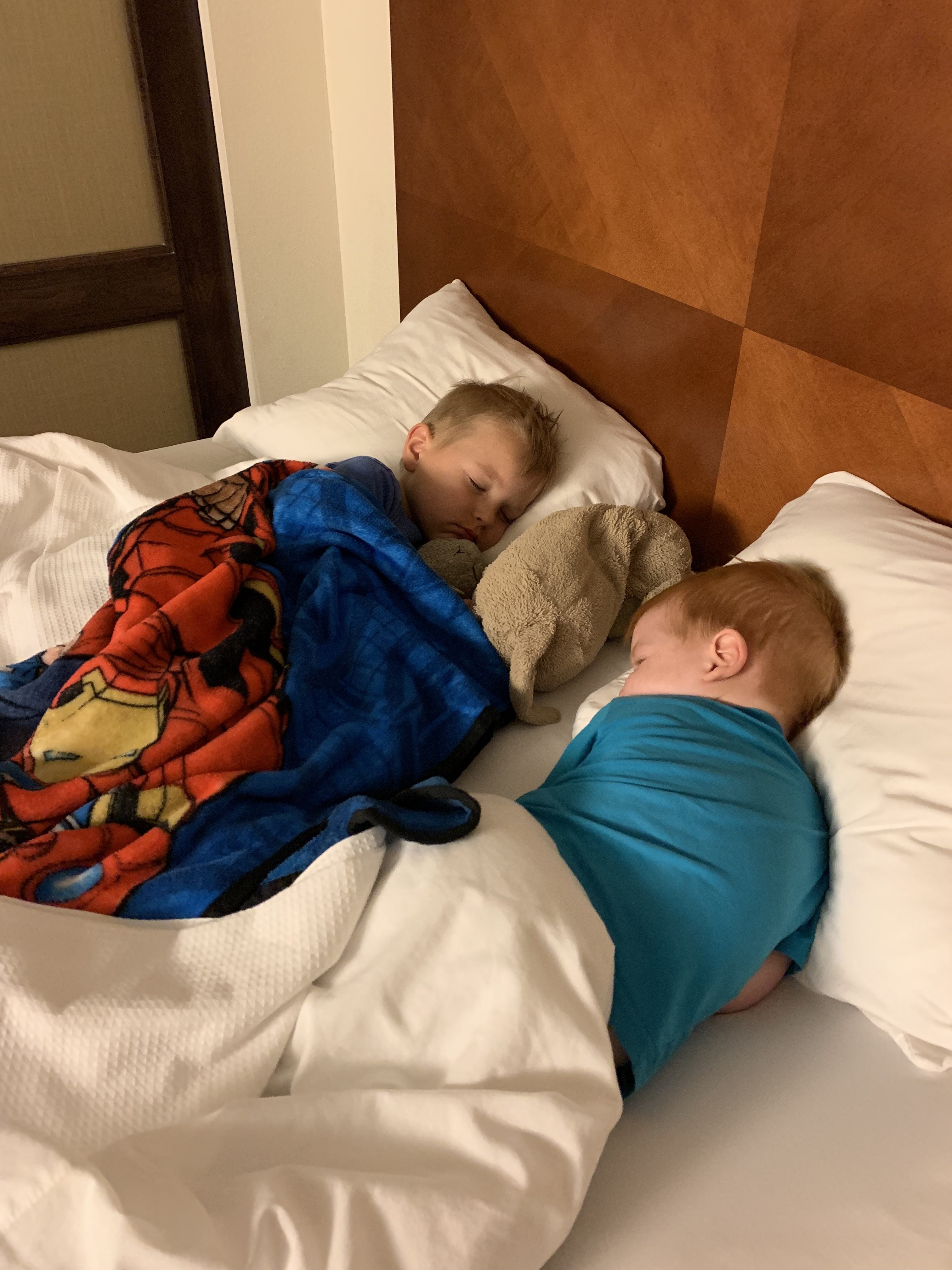 For our family summer vacation this year, we had originally planned a two-week adventure through Arizona, Utah, Colorado, and New Mexico. The trip was going to be centered around my brother’s graduation from Business School, but it would also be full of camping, hiking and family time.

By the time that summer rolled around this year, life happened and forced us to shorten the trip to 5 days. Bummer. We were still determined to make it an adventure though. The plan was now to camp one night in Moab on the way to Colorado, and one or two nights on the way home either in Colorado, New Mexico, or Arizona.

The first few days of our trip was awesome, and the night we camped in Moab was pretty dang perfect. We stayed with friends in Denver but we were excited to steal a few more nights in the rooftop tent before getting back home.

We left Denver on Father’s Day morning with plans to drive to the Great Sand Dunes National Park in Southern Colorado to set up camp for the night. South of Denver in Colorado Springs, we decided to stop to take our boys up Pikes Peak (this is where Val and I met… but that’s a story for another day!). Apparently, though, Father’s Day is one of the most popular days on Pikes Peak (I guess Dads like America’s Mountain?) .We expected the quick stop to take about 2 hours, but it ended up being closer to five. Whatever. It’s still all good, right?

After our stop, we kept heading south. I looked to the west and saw some dark looming rain clouds. Eeek! I hadn’t even thought to check the weather, so I quickly pulled up the radar on my phone. Yep — there were some nasty thunderstorms directly over Great Sand Dunes. Sleeping on top of a car with metal tent poles with my two kids didn’t really seem like the smartest idea so we opted to keep driving and skip the Sand Dunes. We vowed that it’s not *that* far of a drive with kiddos and we will make it back someday.

As Val kept driving the truck, I was frantically searching for places to camp. We’ve had the rooftop tent for less than a year, so we aren’t quite yet experts on quickly finding great places to park and set up camp for the night, especially in New Mexico.

The kids were getting a little over it at this point, we had been in the car for over eight hours (and away from home for five days…). We found a small town and pulled off for some dinner and more in-depth internet searching. Lucky Val got to eat Sonic in the truck with his slighty-cranky family for his Father’s Day Dinner.

We found what looked to be a great state park not too far off I-25 near Santa Fe, and we planned to head there. As we exited the highway I noticed we were a bit low on gas — Val assured me that we were going to drive through a small town en route to the state park and all would be fine. After not finding a gas station along the route (Val’s still telling me it’s all good) we arrived at the state park.

CLOSED. We didn’t even think to check the hours of operation on the park when we found it online. It didn’t matter anyway, because the sign said that the gate 9:00 PM and it was 8:53 PM. There was no sign of anyone, we had no cell service to call the park contact number. Ugh. We sat in the truck for a bit debating what to do. Val suggested just pitching the tent there, but I wasn’t comfortable and wasn’t familiar with the land use laws in New Mexico. We turned around to head back to the highway to find some gas and hopefully a new camping spot.

Cell service was spotty, the car was running on fumes. The kids were exhausted. I was over it. I pulled up Google maps and typed “Hyatt Place Santa Fe”. We made it back to the highway and I told Val that was about 15 minutes out from Santa Fe, and we could just check into a room for the night. I didn’t want to, because I didn’t want to fail. This was the adventure part of our trip.

Earlier in the day I had visions of us hanging out at Great Sand Dunes all afternoon, building sand castles, splashing in the river and ending the night with perfectly roasted s’mores (and by perfectly roasted, I obviously mean blacked to a crisp, because that’s the best way to eat them…). A hotel wasn’t an adventure. To me, at that point, it was a failure and I was throwing the white flag.

We coasted into a gas station, filled the truck up, then Val said, “I want the kids to enjoy this, and have fun. This isn’t fun so let’s just call it a night.” He was right. We love adventuring, camping and exploring with our boys. But I always want it to be something they enjoy. So we checked into the hotel.

It won’t always be easy, but it’s important to keep the bigger picture in mind; by folding this one battle, we hope to keep the kids excited for future adventures. Besides, the beds at the Hyatt Place are really comfy and the boys loved splashing in the pool the next morning. Next time, we will plan ahead a bit better and have a few more backup plans and camping spots picked out before we leave home.